A historic market, which lies in Al Bareq province in the region of Assir, is considered a landmark from the era of Prophet Mohammad.

The souk is known to be where Mohammad managed the trading business of his wife, Khadijah, during pre-Islamic times, before his prophecy.

Souk Habasha lies in Al Bareq province, and is famously known as Souk Al Ahad or Sunday’s Market.
Like many other Arab markets, Habasha was an important commercial station. It was a safe place where commercial caravans would settle.

The market was a melting pot for various people who had hailed from tribes that came for trading, arbitration, dispute resolution, as well as other purposes for which these markets were made.

The market is characterized by its location on of the most important old trade routes from Yemen to Makkah and then to the Levant. It is famous for the trade of gold, lead and kohl, as well as grains, dates and leather.

The market still contains some monuments from the era of prehistoric Islam and it being a significant commercial station at the time. -Al Arabiya English 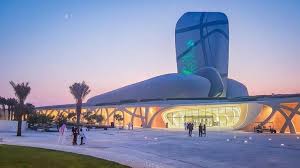